Still getting the oft reported out of memory error with latest 2017 smart tv's running very latest WebOS and App updates. So annoying LG cannot fix this problem which as been ongoing since at least 20 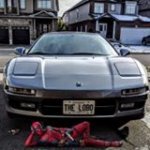 I feel so ripped off by LG and what pisses me off more is that CNET and other review sites didn't mention this.

I have yet to see one single response from LG on this issue... Absolutely pathetic!