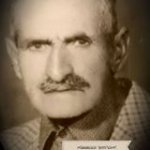 Hello just wanted to let you know that there is alot of people that wishes to see the xbmc media player for WebOs. This will make LG smart tv sooooo much more attractive.

I agree that would be awesome. Please someone start developing an app soon