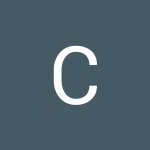 Please add KODI media center to LG WebOS. The media player app included in webOS is very laim. Very week. I would like to have KODI wich is one of the best apps for playing media. It allows