Any update on Sony liv app? 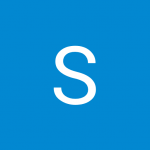 I don’t think it would be coming as early as next week. As per Sony LIV’s latest tweet(7hrs ago) they are working on it. If it was in the final stages they would have mentioned that its in final stage