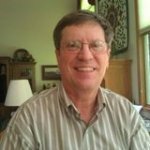 I loaded the Photos & Videos app and was pleased to see a Filter that allowed it to show both Photos AND Videos.  So I applied that Filter (which was probably the default anyway).  I see thumbnails of Photos AND Videos.  So then I clicked on the first thumbnail, which happened to be a video.  When that video finished playing, it went to the next video and so on through all the videos.  I expected it to go to the next Photo OR Video.  In other words I expected it to step through and play the thumbnails as they were displayed by the filter.

I don't suppose the LG webOS programmers visit this forum, but if they do, can this feature be changed?  If I just wanted to watch videos, I would have changed the filter to just videos.  Instead it looks like it launches the video player and then goes to the next video.

0 answers to this question