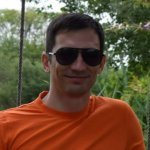 Last Friday, the TV asked if I would like to update and I said Yes. So far so good but after the update the TV started showing several problems. Turning ON the TV takes forever! The LG logo appears briefly and the screen turns black. After 90 seconds the magic remote can be operated. Two minutes after its possible to access the HOME page. Several seconds later we can select HDMI and finally watch TV. The whole process takes about 5 minutes.

I've tried a factory reset but no improvement.  Installed SURE app to try and force the installation of the same version file in case something went wrong the first time but the TV does not find the file. The SOFTWARE UPDATE page only comes up for maybe a second and crashes sending the TV to HDMI.

I've browsed the internet trying to find a similar problem or a solution but found nothing so far. I believe downgrading the OS would solve the problem. Any ideas on how to solve this nuisance?

0 answers to this question