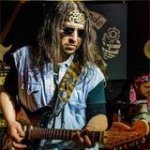 By williamsats,
May 12, 2014 in LG webOS Smart TV Discussion

Hello,  I recently got a 32LB650V from LG Hellas as replacement of my old 32LM620A where it had a serious damage that coldn't be repaired.  Nice move from LG but.... The new WebOS for the moment is

OK, another bug that i found last night. My TV doesn't display properly greek subtitles (they look like "Chinese").  I tryied to change almost everything that was possible, but nothing happened.  I

No problem,  I'll try to set it to France today and see what's gonna happen.